They say it’s a poor dog that can’t wag its own tail, so…I made the cover of ChannelPro Magazine right next to a great headline! 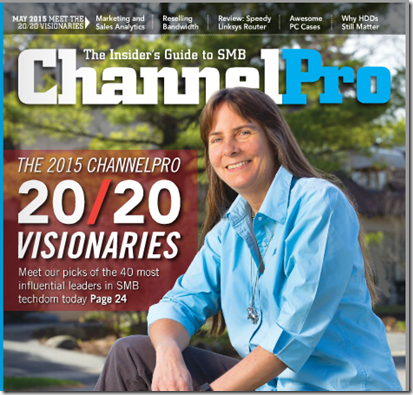 Raleigh, N.C. – May 18, 2015 – ChannelPro-SMB, the premier source of business and technology insights for channel partners serving the small and midsize business market, has announced its inaugural list of 20/20 Visionaries for 2015.

The ChannelPro 20/20 Visionaries are comprised of 20 influential, go-to authorities in managed services, cloud computing, and partner support and education from the vendor, analyst, and consulting communities, as well as 20 of the most far-sighted resellers, MSPs, and community leaders from the SMB partner community. These are the IT professionals who not only serve their SMB clients with top solutions and services, but move the industry forward with innovative ideas, a commitment to continual improvement, and a willingness to share what they know to help others succeed in the market.

“Many of the names on our list of 2015 20/20 Visionaries are well known in the SMB channel, and others are less so,” said Cecilia Galvin, executive editor, ChannelPro-SMB. “What they have in common, though, is a deep understanding of where the industry is headed and how to thrive in it.”

To develop the 20/20 Visionaries for 2015, the editors of ChannelPro-SMB turned an eye to the channel players and channel pros they have spoken with, listened to, and sat with face to face over the past year to compile a broad list of possible honorees. After much debate, the list of this year’s visionaries emerged. Each year this process will be reprised, with 40 honorees selected from many worthy channel candidates.

A complete list of the ChannelPro 20/20 Visionaries for 2015 appears in the May print edition of ChannelPro-SMB as well as on the ChannelPro Network website at www.channelpronetwork.com/visionaries.

No other media company focuses on the small and midsize marketplace like The ChannelPro Network. http://www.ChannelProNetwork.com 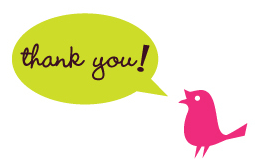 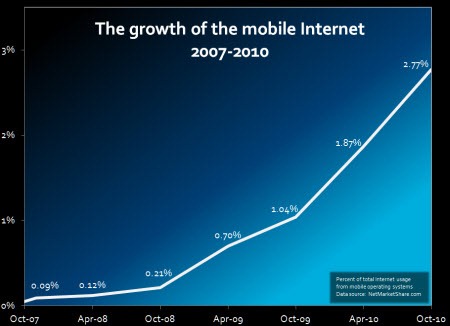 Today I read an article by a leading IT news company, ZDNet. They took a look at Internet usage patterns to see […] 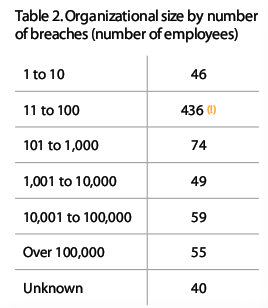 Today I am reading the incident and compromise report for 2010 by Verizon and the US Secret Service. It’s a good read […]

A few short updates for you: MAC Users: A flood of new viruses is coming down the pipe to MAC users. Long […]